The best way to convince a college student of how they don't want to live their life is for them to get a summer job they couldn't handle doing for the rest of their life. Thankfully for me, I got that out of the way early, taking a light manufacturing job the summer after my freshman year in college. Spending my days cutting keys and eventually assembling combination locks may have been more profitable than working fast food, but it was hardly engaging employment.

There were a lot of wonderful memories of that few months. I was the youngest person in the office by far, which contained a more varied cast of characters than in any office I've worked in to date. We laughed, we bickered, we grew and mostly, we enjoyed our time together. It helped that a couple friends of my family worked there who vouched for me, which is the only reason I landed the job in the first place, but I think that ultimately I proved them right in the end. The company kept hiring me back during breaks, so I couldn't have been all bad, right?

One of the lessons from that summer that has stuck with me the longest is the concept of the 'zero tolerance core.' The company was Best Lock, later renamed Best Access Control systems before they were purchased by Stanley, and they were going through an interesting transition. The office I worked at had once been a franchise division, but when the franchise owner passed away, the rights to the territory had reverted to the corporation. The grandson of the founder had recently purchased the company from his father, and was in the process of modernizing the organization.

As I've already told you, the company was eventually sold to Stanley, should probably be a clue ss to how successful the grandson of the founder was in leading that transition. The following story illustrates a few different lessons, not just in this company, but for a modern story as well.

When I started at Best, they were transitioning from legacy cores (the things at the heart of the lockset) to a new, "zero tolerance" core. There were two changes that made up this new core, one of which was a good change and one of which was not. The good change was the switch from a riveted back side, which kept the rotating core from falling out of the lock, to one that was held in place with a "C" clamp on the back. The second was that "zero tolerance" piece.

While the clamp made assembly and reliability better, the zero tolerance was just the opposite. The company had about a couple dozen or so keyways (look at a key straight on from the end and you'll see a pattern that defines a keyway), not all of which were as popular as others. In general, a single building or company only used one keyway. As some keyways were easier to break than others, sales people tended to sell those that were more secure. Makes sense for a lock company, but it resulted in some keyways having cores sit on the shelves for years while others were nearly impossible to keep in stock.

As the company was in transition between legacy and new cores when I arrived, it became really obvious which cores were easier to work with and those were the legacy ones. The "zero tolerance" cores were not only hated by the employees, they were hated by customers, too. To understand why they were hated, you need to know a bit about how locks are created.

The process of combinating a lock can be broken down into a few phases. First, a set of codes are generated that determine how a lock and key pair are matched. A core is then stamped with a set of dies so that you can tell which key goes to which core. Next, a combinator adds a series of metal discs to the inside of the core, which are then topped off by a spring and a set of metal caps. Lastly, the lock is tested with a series of keys (the user key, master key and core key) to ensure that they were correctly combinated.

Its this last step where the difference really became apparent. To test a core, you inserted each key to see if they worked properly. About one out of every ten legacy cores needed to be "adjusted" by putting the core on a metal plate, holding the key in the left hand, while holding a rubber mallet in the right hand and beating on the core until it turned freely. A liberal application of silicone lubricant helped as well.

Modern cores were an entirely different story. Almost every single core required you to beat on it until you could get it to move acceptably, but never did they move freely. The tolerances were so tight, you could feel the metal griding as you twisted the key inside the core. It was as if someone had dunked the core in sand before assembling it.

Everyone hated these new modern cores. Not only did they slow down the production line (and I tested tens of thousands during that summer), the modern cores had a significantly higher return rate for defects than did the legacy cores. They jammed often, freezing the key inside the lockset, requiring service technicians to be sent out to free a seized door. It was not a good situation.

The office complained. I'm sure we were not the only one. They had been complaining for months prior to my starting work, and we continued. Everyone knew this was a problem, but it seemed that no one at the head office was willing to admit it. Why? Well, it was the new CEO's pet project!

Ok, that wasn't the only reason, but from our standpoint in the regional office, it had been the new CEO's project, so it was his fault. He had championed it, so he should own the mistake.

The project started out with the best of intentions, to make the locksets less prone to lock-picking. Its a lock, it should be secure, right? Of course! Locks provide more than security, though, they provide a guarantee of privacy and to the person with the key, a feeling of security. Its this last point where the zero tolerance core worked against itself. If the lockset was unreliable and difficult to operate in regular use, then there was a halo effect where the lockset wasn't thought of by the customers as safe.

It took months, but eventually the company admitted it had made a mistake, even though the admission was couched in terms of the company doing the right thing. The c-clamp on the back of the core was retained, but the tolerances were returned to what they had been with the legacy cores. About half-way through that summer, my job got a lot easier. No longer did I have to beat nearly every core with a mallet to get it to turn, but it became the exception and not the rule.

Neat story, but so what? Well, Best Lock wasn't the only company to create a zero tolerance core and have to walk that back. Apple has recently done the same with their new 2018 MacBook Pros. Apple claims that only a very small percentage of users experienced a keyboard lockup with their last three year models of MacBook and MacBook Pro keyboards, and I'll take them at their word, but when the primary input method for one of your most popular line of computers is at least thought of by your customers as unreliable, then you've got a problem. It might be time to loosen up the tolerances a bit.

Companies generally try to do the right thing, and I think both Best Lock and Apple, in their respective stories told here, were trying to do the right thing for their customers. Unexpected consequences do happen, and both companies took longer than they should have to recognize and respond to the problems. Neither suffered from a lack of feedback on the troublesome aspects of their products, yet both stumbled in getting out a resolution quickly.

This isn't a problem with only these two organizations, but is a reality of being human. We don't always see the full impact of an issue, even when people are telling us in the most certain terms that the problem is real. It is hard to see the flaws in the ideas that we hold dear. I wish there were some easy, prescriptive remedy to offer here, but it takes vigilance and a cultural embrace of feedback to keep yourself from being caught up in a zero tolerance problem. 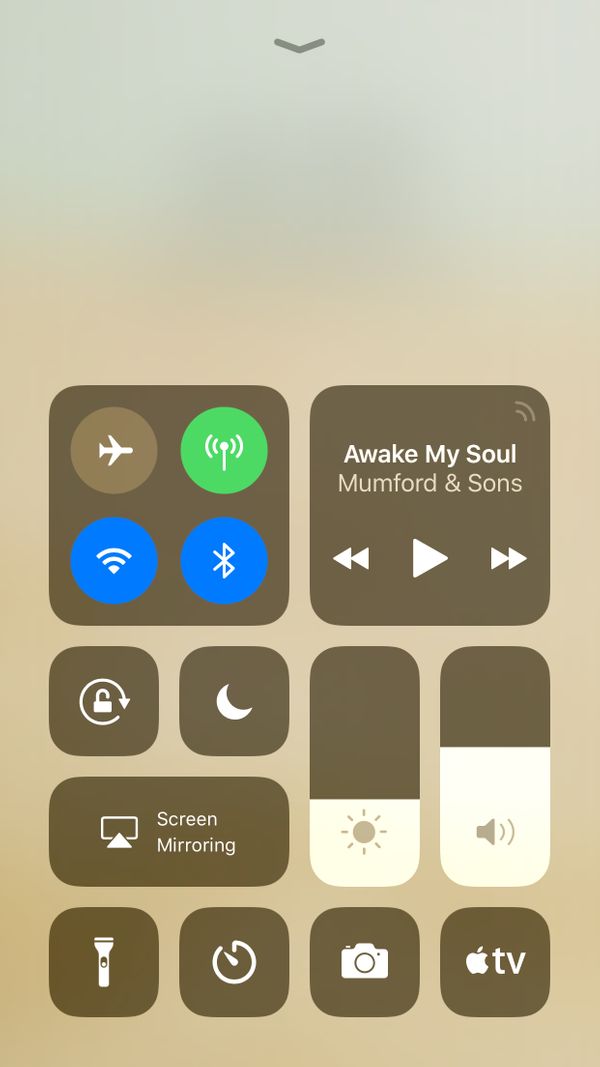 One of the best parts about the forced confinement of a commercial airplane ride is that you have plenty of time to think about increasingly irrelevant things and wonder exactly why it is we still have them. The feature on our phones called 'airplane mode' has always seemed ridiculous to