The core object of the Lean philosophy is waste. Quality is fundamentally about variability. And design is about intent.

Intent means purpose; something highly designed was crafted with intention in every creative decision. Frank Lloyd Wright explained that intent drives design with the credo “form follows function“; P&G calls this being “purpose-built.” The designer is the person who answers the question “How should it be?”

Overarching intent is easy. The hard part is driving that conscious decision-making throughout every little choice in the creative process. Good designers have a clear sense of the overall purpose of their creation; great designers can say, “This is why we made that decision” about a thousand details.

The more that I study design, the more I realize exactly how little I know about design. The one thing that really has stuck with me is how design is about making choices. Saying what you are not is equally, if not more important than, saying what you are for.

With politics, that kind of behavior drives me nuts. It seems like politics is the only area in which people are rewarded for defining themselves by things they are against, yet the rest of the world tries to portray itself as everything at once. 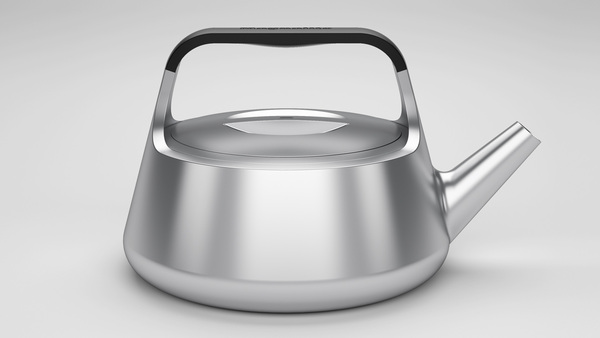 Look at this tea pot. Many people would say it has a minimal design and, in fact, I found this image on Google by searching for 'minimal design'. But in reality, this is not a minimal design; there is a ton of design in this product; probably more design than in most tea pots.

I don't know the background of the designers of this product, but I expect that they spent a lot of time sculpting every line and curve, making sure they fit the vision for what a tea pot really could be. They didn't knock off at 5pm thinking what they had done would be good enough. The designers probably still look at this, as beautiful as it is, and see a dozen minor flaws no one else will see, wishing they could go back and resolve each and every one of these problems.

Yet, I can't help but ask, did all this time spent designing this pot really make for a better tea pot? Did it last longer? Did it boil water faster? Did it use less electricity? Was all that effort to craft such a beautiful piece of art-slash-kitchen appliance really worth it? The reality is, as beautiful as this tea pot is, it might be completely worthless at the one thing its meant to do; boil water.

I would like to think that this is not the case; that the effort really is worth it and the tea tastes that much better, but I am a born skeptic and I just can't see it. Don't get me wrong, I would rather own that tea pot than any other tea pot I have ever seen, but I don't know that it really is worth that kind of effort.

Yet, I respect the effort and care that went into the work. I applaud the designers and their talent. In the end, no matter how successful they really were with improving the tea pot's function, we are all better off simply being inspired by the craft of the work.

Sometimes, the effort is worth it even if the product is not. Its a lesson we all need to learn.