The first time I saw John Siracusa's posts about the forthcoming Mac OS X on Arstechnica, I thought to myself, "What a sad life this man must have to spend so much time on something that won't last more than a year or two." As my appreciation for Apple has grown and I became a convert 8 years ago, I've come to realize how right he was to not count out Apple. Smart guy.

The first time I heard Marco Arment on his defunct podcast Build and Analyze, I wondered who this knowledgeable ass was and why he had to be so dismissive of everything. After a few episodes, I began to realize he was, like Siracusa, right more often than not. Smart guy, too.

The first time I heard Casey Liss on the also defunct podcast Neutral, I wondered "Who the hell is Casey?" and ended up being far from the only one to voice that sentiment. As the podcast continued and morphed into their Accidental Tech Podcast, I began to appreciate Mr. Liss' ability to moderate and referee the two strong personalities with whom he shared a (virtual) mic. Smart guy as well.

Yet, in episode 60, The Great Odwalla Flavor Change of 2013, I began to wonder about Casey's intelligence. Really, he's one of those guys who, with a straight face, can seriously aruge that vinyl is better than digital?

To be fair, his argument was not well relayed to the listeners and what we thought we were hearing him say was not actually what he was saying. In essence, he was arguing not for the technical superiority of vinyl but as a preference for the medium.

Partially because his cohosts are somewhat more well versed in the science of such issues and partially because of Casey's inability to coherently formulate his argument, he was roundly criticized far and wide across the Internet. In episode 61, Perfectly Neutral he discussed the outcry and did an excellent job responding to it.

Adding in my story

My first experience singing in front of people was probably somewhere around age two and for the next 20 or so years, I regularly sang and played instruments in front of crowds up to hundreds of people. The culmination of this was my first two years of college which were spent as a music business major.

If you've never heard of the degree, it is essentially everything about the music business except the performance itself. Sadly, the program I had chosen was 3/4 performance and 1/4 everything else. Frankly, I wasn't ever going to be even a backup vocalist and while my barritone saxophone was entertaining to watch, it wasn't anything really memorable.

That said, I learned quite a bit about a music studio during that time. I also learned what it was to use your ear to really understand what makes a great performance, well, great. I'm no expert, and what I do know is now 17 years out of date, but when you combine this background with my love of technology, you get an interesting perspective on what Casey should have argued.

If you've never heard of the Uncanny Valley, I promise you that you've likely seen it. The basic idea is that the closer, but not quite actually there, you get to making a replica of a human, the more revulsion real humans feel towards the replica. Check the link if you want to know more. For those who aren't readers, a series of pictures will really make it come home.

I assume you know what a real human looks like, but for reference, lets give you a photo of one. 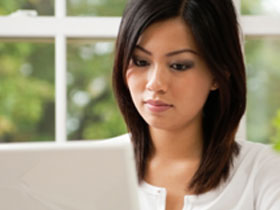 Great, now you get it. Lets move to the other end of the spectrum and show you a cartoon of a young human woman.

Can you tell the difference? Yes, I thought you could. Would you ever confuse the two? Not a chance. Does either make you feel creepy? Probably not. But lets step it up a notch and show you a photo of something somewhere inbetween. 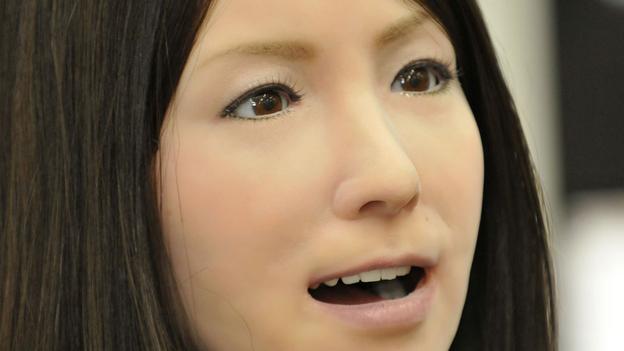 If you're anything like most people, that one creeps you out. Its so close to being human but our eyes and brains realize it so isn't the real thing. The closer you get to being human, but not actually being human, the more we humans really are weirded out by this visual. This, is the Uncanny Valley.

Ok, we get it. This has exactly what to do with vinyl v/s digital recordings?

Moving back onto the heights

If we consider the continuum we just put together and apply it to sound, I think we begin to understand why Casey is so passionate for the sound of vinyl.

If you've spent a lot of time listenting to live performances, and I do mean live, not live recordings of Phish like Marco does, and unamplified performances then you realize that nothing really comes close to the fidelity you hear when sitting third row to the orchestra pit. Its a wall of sound that vibrates through your every being. Its not about volume, and I can't stress that enough, so no matter how loud you turn up your stereo, you're never going to get the same feel as being there.

Before someone says I'm emotionally caught up in it, I promise you that's not the case. Most of my time spent listening to other people's performances was time spent wincing at the pain. I wasn't at a very prestigious institution and thus, most of my peers were only somewhat better than I. While I may never have been close to great, I did get enough of an ear to understand what great is. Still, despite some really awful recitals, there is something to be said for being there in the show that you just can't fake no matter how good the recording.

Live performances are the equivalent to that photo of the genuine human.

At the other end of the spectrum would be the cartoon human, or, in Casey's viewpoint, vinyl. That seems harsh, but its an analogy, so its not perfect, yet it does have some merit, so hang with me here.

We know from scientific study that vinyl recordings are not nearly as technically correct as digital recordings. This is simply a scientific fact. Yet there are lots of people who prefer the sound of vinyl. Even if you remove the emotional aspects out of the equation, not an easy task I admit, you're still going to find some individuals who just like its sound better.

Its not perfect. There are pops, hisses and cracks. It has a warmer tone. Lots of the highs and lows are missing. Its imperfection seems to be part of its alure. To this group of people, digital just sounds harsh and lacking of life.

Kind-of like the image of that not-quite human robot, no?

At the end of my freshman year in college, I went to a Harry Connick, Jr. concert. During the 2.5 hours he and his funk band played, I counted no less than 19 instruments, including his vocal talents, played by Harry. He was promoting his album 'She' and to this day, this is the best concert I've ever seen. I love the album (and have it on mp3).

Whenever I listen to the album, I never mistake it for that amazing live performance. That doesn't mean I can't appreciate it and I am sure I would still appreciate it on vinyl.

There just is something different about the fidelity of hearing music live and unrecorded. When I hear a clip on the radio, I can nearly always tell if it was recorded and replayed or if it is live, especially when the DJ is a morning comedy show replaying the greatest hits of their past guests. Even something as low fidelity as a radio station has a clear difference between live and recorded.

Yes, as John Siracusa pointed out, some of this is mastering, but I really don't believe that is all of it. Mastering is done, roughly, during a live performance via mic, but when the performers are using only their voice and instruments, it is significantly different to my ears than when they are using amplification.

Getting in the groove

Before people jump in on me, I am not saying that the uncanny audio valley is as great as the one we see visually, but as I have thought about it for several hours now, I believe it really is there. If it wasn't, we wouldn't have smart people like Casey who prefer what is a proven lesser quality medium.

In a way, I think Casey is pointing out something that most people can't hear, myself included. I definitely hear the difference between vinyl, which my best friend in college subjected me to on a nearly daily basis, and digital audio. I prefer the digital greatly, but having had that friend with vinyl fetish also allows me to understand a bit better about that uncanny valley.

Casey hears the clarity of the digital recording, in all their superiority and I think subconsciously realizes they're close, but yet so far away, from that natural tone we hear from our fellow humans so regularly. The analog vinyl masks that clarity to an extent, moving him further out of that valley and back onto the opposing peak of imperfection.

There is no mistaking that what vinyl is, other than vinyl. It is a medium unique unto itself, with a sound that is plesant, yet not anything we could confuse with the rich tones of the human voice or originality of instruments.

While I don't agree with his reasons for preferring vinyl, I can see the argument Casey probably should have made.