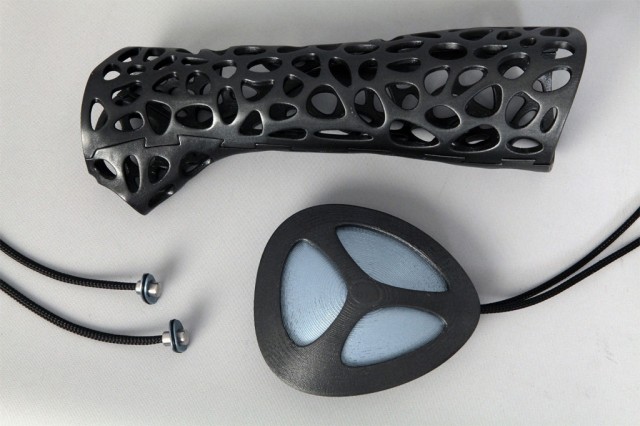 Despite being 37--almost 38--years of age, there is one thing that thus far in my life has not yet happened to me. While its something most everyone deals with at some point in their life, its not one that I look forward to with any type of enthusiasm. Yes, its painful but to me it seems as if it is more hassle than anything else. This thing? Breaking a bone.

During my youth, I saw so many of my friends sporting massive plaster casts, the most notable was my best friend's girlfriend, who only a month prior to graduation was in a car wreck that left one of her legs in a hip to ankle cast. Needless to say, her walk across the stage ended up being more like a hobble.

Plaster casts are bulky, itchy difficult to fit under clothing and make proper hygiene a near impossibility. It only makes it worse if you are forced into one during the summer months where its hot all the time.

Knowing all these downsides, the plaster cast does have one major upside... its cheap. Well, the material cost of it is cheap, even if the medical bills do not reflect that reality.

3D printing of a custom fitted cast almost seems futuristic, but it also seems to be well past its time. For all the advances we've made with medicine, it is surprising that thus far no one has stepped forward to make the process of mending a bone less onerous for the patient.

Thankfully, this neglected area of medicine is now receiving some attention.

Rather than snapping closed the Osteoid, made up of two pieces, also features a secondary, secure locking mechanism to ensure it doesn't open when in use.

You can get it wet. It fits under clothes. Its rigid enough to protect and stabilize while the bone knits itself back together. Fabulous. You hit all the marks... except, what does it cost?

I can't imagine this thing will be cheap, let alone anywhere near as cheap as a plaster cast. 3D printing technology is getting faster, better and cheaper, but its still not there yet. I don't think it ever will be as cheap as the plaster cast, but it will get closer as the technology improves.

Think about what this means for doctors as well. Applying a plaster cast is fairly labor intensive, but its not something that requires a great deal of specialized knowledge. With a little training, just about anyone can do it. But will 3D imaging of an appendage with a broken bone be easy enough that just about anyone can do it? I expect that some specialized training will be necessary for this to be accepted by medical practitioners.

But great job in trying to come up with a new solution for a problem that has plagued mankind for centuries at the least.