Purchasing a smartphone is something most consumers do about once every two years, assuming they don't destroy their phone before its natural life is up. Google wants to change that model so we can upgrade our phones any time we want for a much lower cost than buying a new phone. 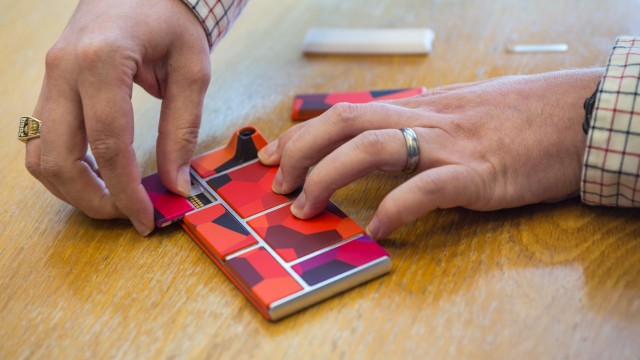 Instead of buying a prebuilt phone that is essentially the same during its entire life, software updates notwithstanding, Ara would allow each of us to upgrade our phone or swap out funcitons as we need or want. It sounds too good to be true. If you want a good primer on the platform, check out Ars Technica's overview of the phone system.

I can't help but think that this is a solution in search of a problem. Outside of technology tinkerers, I can't think of a group of general consumers who could use such a product. The one real general purpose use I can think of is to reduce functionality and replace it with additional battery components for a longer usable life without a bulky battery case.

But once you get out of the general consumer mindset, there are definite potential markets for such a device. Think about people who need to check their insulin levels at all times of the day. A glucose test module would decrease the number of devices diabetics would need to carry to manage their disease.

Similarly, imagine being able to swap out a consumer grade GPS module for a military grade one. For those of you out there who are paranoid, forget I just said anything.

What about braille readers? Imagine a module that could dynamically create braille based on the test on the currently displayed page so that the finger that is sitting over the rear-facing panel could read along in quiet, instead of listening to an audio feed.

When it comes down to it, I see this potentially being a boon for people who have specific use cases that could never be met by a mass market device. I don't see Ara being a broad commercial success, but I do see that it, or something similar, has a place in the market.