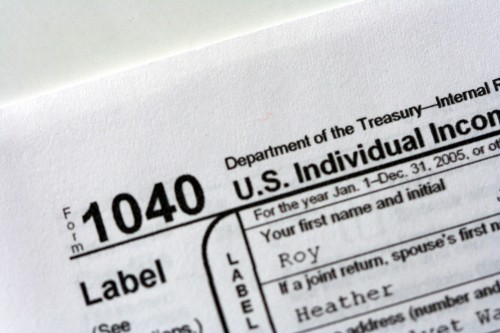 Identity theft has taken some surprising turns in the past few years and none do I find more disturbingly creative than using someone's personal data to file a false tax return. This is by no means a good thing to have happen, but how bad is it really?

To me, its always about the data. In 2012, there were over 133 million personal federal tax returns filed with 111 million of those filed electronically. That means that the 1.5 million fraudulent tax returns resulted in about 1% of total filings being fraudulent. The article states that this means the IRS, and thus we law abiding citizens, were swindled out of $5.2 billion in false tax returns. Ouch.

The IRS budget for financial year 2012 is a hefty $13.3 billion, meaning that the IRS allowed an amount of fraud equal to 39% of its total operating budget. Double Ouch.

Lets assume for a moment that the IRS did not have an e-file program and that it filed all 133 million of those returns manually at a cost of $382 million. To e-file those 111 million results in a cost of $39 million, a difference of $343 million. Not too bad savings.

But the savings don't stop there. Consider that the cost estimate article also discussed that the filing error rate for e-file returns was 2.5% while paper returns had an error rate or 25%. The article didn't give any cost estimates for reprocessing, but it would likely add a decent amount to the total savings given that a higher error rate would increase that manual processing cost to be more than $382 million.

Still, that's all not enough to offset the fraud, but we're only considering what it costs the IRS and not yet the tax payer. Consider if you will what it would be like if there were no e-file program and everyone had to either do their taxes by hand or have an accountant do them. The numbers are pretty interesting. Right now, on average, about 49% of individuals have someone else do their taxes, which means of the 133 million submitted, 68 million people did their own or had a family member or friend do it for them.

Back to the math, that means that people who pay to have their taxes done spend $8.3 billion per year and those who use software packages spend $2.5 billion. Now we have to make an assumption that if there was no e-file, what would the 38% of people who use software currently do? If they were to use a tax preparer, that would increase the cost to tax payers by almost $3.9 billion.

So what have we learned? If you assume, as the original article stated, that the majority of this fraud was committed via electronic filing. One option would be to disable e-filing completely, but the resulting rise in cost to the tax payer would nearly net out to be equal to the fraud problem. That just isn't a good solution.

The original article also notes that while the IRS's budget was cut by $300 million, their spend on fraud prevention and detection was unchanged from last year. The problem with this is that the percentage of fraudulent filings are up, year over year, by a significant amount as well.

The IRS only has a few options at this point, given that their budget is shrinking. They either change the rules for e-filing and refund disbursements to ensure that there is less possibility of fraud or they figure out better ways of identifying fraud before accepting a tax filing as valid. While that second option sounds great, its a difficult proposition when you realize that 51% of all tax filings are never seen by anyone other than the filer before the IRS receives the filing. There just isn't a good way to electronically validate that a filer really is who they say they are without significantly increasing the costs of the filing process.

Clearly the increase in fraud via identity theft has been an unintended consequence of the e-filing process. I expect that the IRS always assumed some minimum level of fraud would enter the system, especially since there was already a level of fraud in the paper-based system, but its hard to believe that anyone considered the level of fraud would reach these levels.

What struck me though was the thought that the increased level of fraud could also have very unintended consequences. Imagine that last year you waited until April 15th to file your taxes, only to find out someone had stolen your identity. If you had filed your taxes earlier, then its more likely that you would have filed before the criminals and then they would not have been able to defraud the IRS using your information. Next year, would you have a larger incentive to file your taxes earlier in order to beat the criminals and thus not deal with the hassle you suffered last year? Will this cause individuals to file earlier and make the big bubble of filings on the last week and day spread out to earlier in the filing window?

Could the increased fraud also make it more likely for national ID cards to be implemented in the US? If the combination of social security number and birthdate is not enough to combat fraud, would adding a third piece of data, unrelated to the first two, make it more difficult for the thieves to steal?

All interesting questions. I guess we will just need to wait until next tax year to find out if the trend continues.