Google Glass has so far been very divisive, especially for a product that is barely a developer preview, much less a full-fledged consumer product. Some people are suspecting that it will be a massive failure and even the company's chairman admits that it can be 'weird'.

The first in-depth conversation I ever had with someone about glass saw the two of us on vastly different sides of the discussion. My friend looked forward with great anticipation to being able to purchase and use Glass. He wanted to be one of the first people to buy one and claimed he would be doing just about everything except sleeping with them.

I was a bit less bullish on them. Ok, lets be honest, I hated the idea of them. In all honesty, I still don't like them and I am not warming to them in the slightest. Most of this is personal preference, namely that I have always hated glasses, even when they are very necessary such as with sunglasses on a bright and sunny day. Having pieces of plastic and metal hanging off my nose and ears, constantly irritating my skin and pinching the back of my head never was something I enjoyed. Now take the weight of regular glasses and add the additional weight of Glass to just one side and now I get to be lopsided as well.

That isn't my only concern about Glass. Privacy and safety for those around Glass wearers concerns me equally as much. No, there is nothing technologically 'new' that you can't already do with a cell phone. You can take a video or stare at the screen while you should be paying attention to where you are walking or driving with Glass just as easily as with a cell phone. The difference is when you do that with a cell phone, you have to pull the device out of your pocket and hold it in front of you to do so (or at least to do so effectively). With Glass, you just look. Google says that the device will come with a light to let others know when the camera is active but that is easily defeated with a piece of electrical tape. For the people around Glass users, especially creepy Glass users, you don't know if they are using the device or if is an inert piece of ugly plastic. 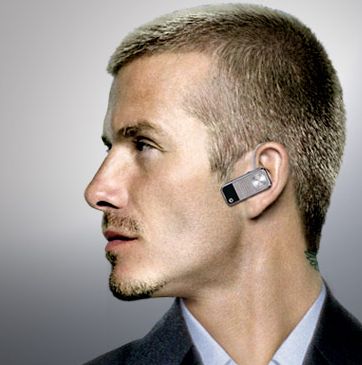 Knowing that I am not very keen on Glass, I can't help but wonder what would make me more positive towards it. I'm sure that some non-trivial number of people will purchase it. Why wouldn't they when a non-trivial number of people also purchased bluetooth headsets, something else I consider to be one of the worst pieces of technology for people who are not wearing them?

The first thing I need, something that is somewhat out of Google's control, would be a well-defined set of etiquette to be developed and adhered to by the vast majority of people with the funds to purchase such a device. For decades, sci-fi books and TV shows have depicted journalists who wear head-mounted micro cameras when reporting on stories or interviewing persons of interest. Its like the people of the not so distant future get that wearing around a video camera, constantly filming everything, probably isn't the best idea. If the paparazzi of the future understand how to use this, those early adopters of today are probably smart enough to understand this as well. Sadly, I don't believe intelligence will be what wins in this situation. Reference again the people who wear bluetooth headsets when they are not in use and you'll begin to understand my beliefs.

A solid use case would also help me to believe in Google Glass, but I don't see one there, either. I haven't been skydiving since the week I turned 30. I never go mountain biking. I never find myself walking around the city thinking I need to buy tickets for a concert tonight. I have no problem answering my friend's text message by picking up my phone. I'm not going to speak to the open air in the middle of a book store. I do not want my friends to know where I am at all times. I do not want to tell my good friend, who I rarely get to see, to 'Hold on' while I check in to a coffee truck. In fact, I can't really think of anything in this video (or any of the other promo videos for a non-existent product) that I really want to do.

Maybe that says more about my life than it does Glass. I'm (often painfully) aware that as a parent in my mid-30s, I am unlikely to be the target audience for Glass. My life is simply no longer that interesting. Gone are the days where I had crazy adventures multiple times each week. Even when I think back to my younger, dumber days, I still can't see how Glass would have fit into my life.

It is also possible that I'm just too fascinated with the written and spoken word that Glass fails to be compelling to me because of its mostly visual appeal. I write a tech blog (ok, several tech blogs) in my spare time, just for the fun of it. I don't watch (much) TV and all that I do watch is time-shifted so I watch it when I have nothing else better to do. The very small amount of video I record usually is of my son or my cats to later be included in videos I upload to YouTube. Glass wouldn't even help me with this simply because I have the desire to create these so infrequently.

In the end, I just can't find a use case that makes this compelling or at least non-creepy enough for me to overcome my reluctance to embrace it. That isn't to say that this isn't a device for someone; I'm sure it is. I just hope they stay away from me when they are wearing it.